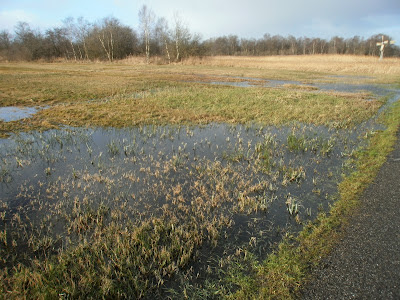 ‘You need to read this blog post by Andy Lewis on how German homeopathy and alternative medicine companies pay a journalist, Claus Fritzsche to smear academics (Edzard Ernst being perhaps his main target), critics of alternative medicine and journalists. Among the companies paying were Weleda and Wala Arzneimittel. Weleda wisely pulled out of the agreement last week, when faced with questions and criticism. Why they ever got involved is still a relevant question though. Wala — a company producing anthroposophical medicines, but also the owner of a more well-known brand of cosmetics, namely Dr Hauschka — is still involved in the deal with the journalist.

The story was first published by a newspaper in Germany and has been discussed on blogs and on facebook. I wrote a post in Swedish the other day, but Andy Lewis says it all much better in English, so head over there!’

‘A consortium of pharmaceutical companies in Germany have been paying a journalist €43,000 to run a set of web sites that denigrates an academic who has published research into their products. These companies, who make homeopathic sugar pills, were exposed in the German newspaper Süddeutsche Zeitung in an article, Schmutzige Methoden der sanften Medizin (The Dirty Tricks of Alternative Medicine.) This story has not appeared in the UK media. And it should. Because it is a scandal that directly involves the UK’s most prominent academic in Complementary and Alternative Medicine.

The newspaper accuses the companies of funding the journalist, Claus Fritzsche, to denigrate critics of homeopathy. In particular, the accusation is that Fritzsche wrote about UK academic Professor Edzard Ernst on several web sites and then linked them together in order to raise their Google ranking. Fritzsche continually attacks Ernst of being frivolous, incompetent and partisan. The newspaper said,

“It is simple to use Google to pillory someone: all it needs is a professional-looking Web page in which a person’s credibility is undermined. Then the name of the person to discredit should be mentioned in the text as often as possible. The page will be automatically ranked in the top results when someone searches for the person. For people whose credibility is their capital, such as journalists and academics, this digital character assassination is particularly devastating.” [My translation]

Edzard Ernst was the first Professor of Complementary Medicine and held the Laing Chair at the University of Exeter in South-West England. The chair was set up by Sir Maurice Laing in 1993 to provide rigorous research into alternative medicines. Laing realised that high quality research was required if various forms of alternative medicine were to become mainstream. Ernst said in an interview that Laing believed that “it was more important to conduct good research to a standard that would be acceptable even to sceptics, than to bend over backwards in an attempt to generate positive findings”.

And that is what Edzard Ernst has done over the past two decades. In particular, Ernst has pioneered and championed the idea that alternative medicine can be subject to the same rigours of evidence-based medicine as any other treatment. He has produced many systematic reviews of treatments that draw together all available evidence to assess what overall conclusions it is possible to come to. When the evidence has been positive, he has said so. But his problem has been that, for a wide range of treatments, including homeopathy, the evidence is overwhelmingly negative, non-existent, or at best, inconclusive.

This has angered many proponents of the various forms of supersitious and pseudoscientific health practices. Homeopaths in particular have been furious that Ernst has not used his Chair to promote alternative medicine. They see his results, not as scientifically objective, but as a betrayal of their beliefs. For his efforts, Ernst is continuously attacked. The Vice-Chancellor of Exeter has been written to by foaming homeopaths. His blogs for the GP magazine, Pulse, see a hoard of homeopaths turn up for every article to shout their abuse. But most worryingly, Ernst was attacked by Prince Charles when he was critical of a politicised report into the funding of alternative medicine by the NHS, insitigated by Charles, and funded by Dame Shirley Porter. Prince Charles’s principal private secretary, Sir Michael Peat, sent a letter to Exeter that almost cost him his job.

I spoke to Edzard about these revelations that homeopathy companies are funding his attackers. In particular, he noted how Fritzsche conducted an interview with him that resulted in an article that suggested Ernst had been lying about having homeopathic qualifications. The article was published in the Deutscher Zentralverein homöopathischer Ärzte (German National Association of Homeopathic Physicians) which presented Ernst as having no qualifications, of misleading people about them, and not being fit to judge homeopathy. Ernst claims that the discussion he had was misrepresented in the write-up of the interview which resulted in him looking as if he was being defensive about his qualifications.

UK Homeopaths have jumped on this with gusto in order to discredit Ernst. Of course it is nonsense. Ernst started his career in a homeopathic hospital in Germany, and is fully familiar with its claims. He was accepted into Exeter because of his skills and experiences. But to claim that he cannot speak about homeopathy because he has not formally trained in such areas is to insist that you have a degree in Invisible Imperial Textiles before mentioning the Emperor has no clothes on.

The CAM Media.Watch blog states that it is a blog for journalists to challenge the misrepresentations of alternative medicine in the media and to address “grievances”. In practice, the blog attacks, not just Ernst, but journalists who do not uncritically promote pseudoscientific therapies. When Max Rauner wrote an article in ZEIT discussing Edzard Ernst and his critics, Fritzsche attacked the piece. Ernst said to me that there were at least 31 “untruths” in that response about him.

Another contributor to Fritzsche’s blog is Harald Walach. The Süddeutsche Zeitung wrote an article about Walach and his ideas that quantum theory could come to the rescue of the problems of homeopathy. Walach is in charge of the Institute for Transcultural Health Sciences at the European University Viadrina Frankfurt (Oder), a group that researches clairvoyance and esoteric healing beliefs. His chair is endowed by homeopathy manufacturer Heel, who are also one of the companies funding the CAM Media.Watch blog.

Harald Walach is a quantum flapdoodler. That is, he writes papers trying to insert quantum theory into homeopathy. They impress homeopaths. I had an exchange of emails with him a few years ago where I was able to show he had no idea what he was talking about when it came to quantum theory. As a social scientist and postmodernist, this is not a surprise. In response to the Süddeutsche Zeitung article that was critical of Walach’s ideas and quantum theories, Walach criticised the “bad journalism” and claimed Markus Schulte had not understood his quantum flapdoodle. As he would.

As a result of the report in Süddeutsche Zeitung, a long discussion ensued on the Facebook page of one of the “sponsoring” companies. People were asking Weleda, the anthroposophical health company, why they were engaging in such questionable practices. As a result, Weleda have now pulled out of their agreement with Claus Fritzsche. Other companies appear to continue to support him. Ernst has been trying to engage with one of the largest, the Deutsche Homöopathie-Union (DHU), a subsidiary of the Schwabe Pharmaceuticals Group, but a planned meeting has been cancelled.

There is something of an irony is this scandal. Of course, people should be free to express their views in blogs and newspapers. People should even be free to be consistently wrong and absurd. But this is a clear example of where a writer is being paid by a vested interest to continue activities systematically denigrating an academic over his published work. What is ironic is that it is an axiomatic belief in homeopathic circles that people like me are paid large sums of money by pharmaceutical companies to carry out the writing and speaking that I do. It is of course nonsense. And yet here are homeopaths doing exactly what they say is so immoral and despicable about sceptics of homeopathy.

One month ago, Edzard Ernst retired from his position at Exeter. He is doing so amidst a continued attack on his integrity from all corners of the alternative medicine world. In contrast to this constant attack from vested interests and paid attackers, we should look at what what Edzard says about his own motivations and obligations:

“People mistakenly think I must be a promoter of complementary medicine – that I should have an allegiance to the camp. I don’t. My allegiance is firstly to the patient – I feel that very strongly as an ex-clinician – and secondly to science. If in the course of that I have to hurt the feelings of homeopaths I regret that, but I can’t help it.”

Ernst will continue to write and be outspoken about alternative medicine. His retirement may actually give him more freedom to do so. It is a shame there are not more academics like him. Most are highly partisan and see research as a way of validating their preferred quackery  rather than a means to uncovering the truth. In this world of “quackademia”, it is the patient that will end up being misled and suffering. And if you attempt to put the truth and the patient first, you will be pilloried by the believers in pseudoscience and superstition.

Ernst says that academics of alternative medicine, must not “misunderstand the job as promoting alternative medicine”, a failing, he believes, to which all the other professors of complementary medicine that have been appointed around the world since 1993 have succumbed. “They present themselves as scientists but they are all using science as a drunk man uses a lamp post: for support and not for enlightenment,” he said. “My unit is the only one that actually understands critical assessment as it should be.”

I tweeted the other day that, “If you are researching complementary and alternative medicine (CAM) and you are not hated by the CAM world, you’re not doing it right.” This has now been accepted as Ernst’s Law. I hope it is an insight that more people will get: that alternative medicine is not medicine and it is not alternative, and if you want unbiased information about it, you do not consult with practitioners, or sadly even the vast majority of academics who specialise in CAM. They are holders of sacred truths, and critics must be squashed and to hell with the ethics of it all.’

Get this Recent Comments Widget
End of code